USB 4.0 is Coming! And Why it’s Going to be Better than Thunderbolt 3 Let’s look at how the USB 4.0 might be the most important cable for digital filmmaking ever.

For filmmakers and video professionals, we’ve had a long history with both USB and Thunderbolt cables. As technology has changed and advanced at its current, rapid pace, file transfer, storage and read/write speeds have been a huge part of the digital filmmaking workflow.

And while USB 3.2 was only unveiled a couple of years ago, its peak performance represented 20Gpbs of data transfer speed, theoretically close to Thunderbolt 3 – which itself has enjoyed a great deal of success within the industry as well.

However, recently announced on the USB Implementers Forum, it appears that Thunderbolt 3 may finally meet its match with a new USB 4.0 which (amongst other perks) can reportedly push transfer speeds of 40Gps.

What seems of most important to filmmakers and video professionals (along with the crazy two-lane transfer speed) would be USB 4.0’s backward compatibility and multi-connector functionality (USB Type-A, MicroUSB and USB-C) that could see the cable become the de-facto industry standard for years (at least until Thunderbolt updates itself).

No timeline for rollout or release has been reported besides a rough “18 months after the spec” reported. We’ll keep you update as news presents itself including timeline, pricing and availability.

What is USB Type-C ? 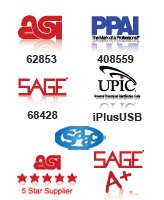